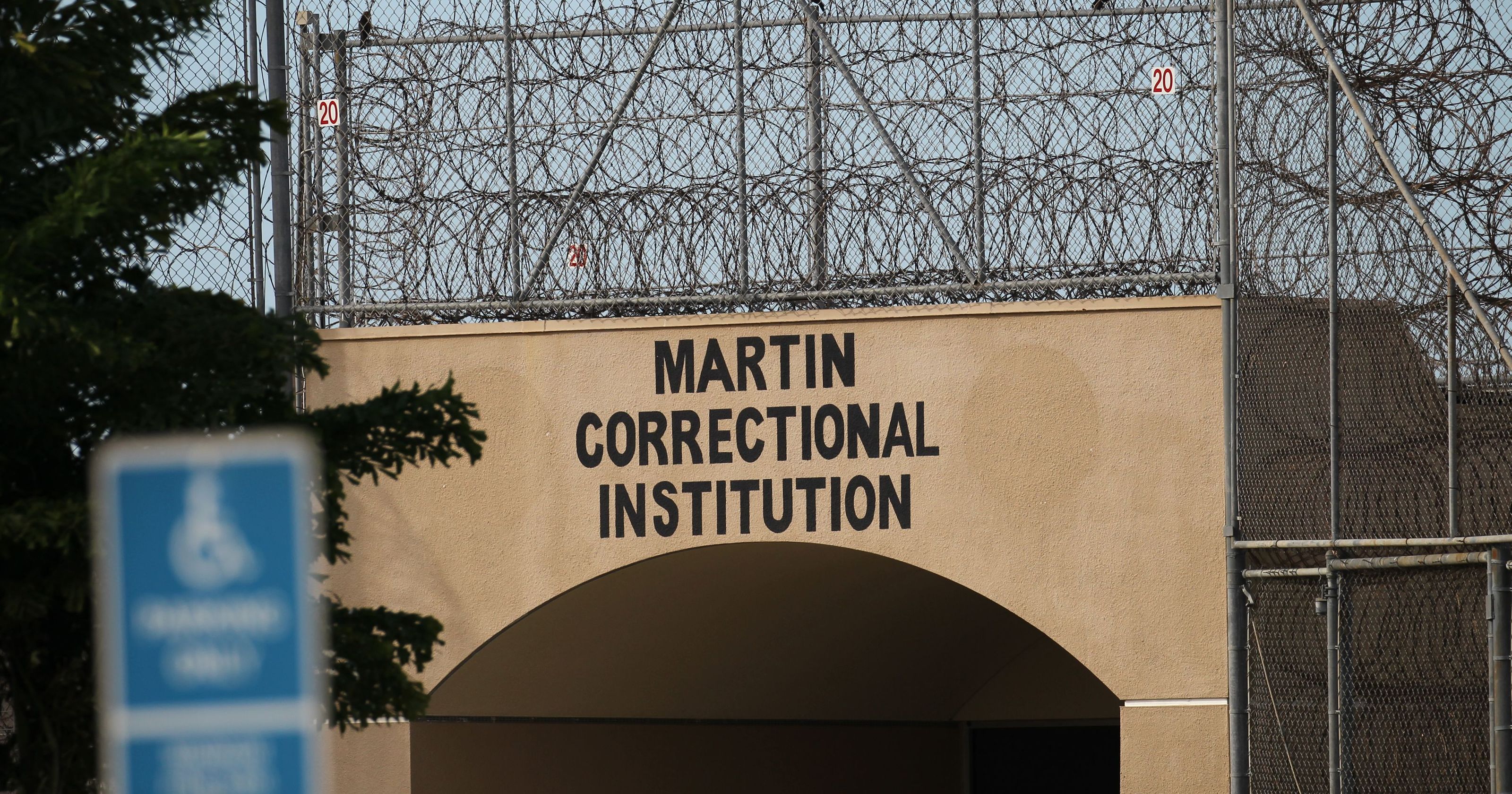 In response to a call from the prisoner group SPARC for “community organizing and direct action” on Juneteenth, at least 50 prisoners at Martin Correctional Institution in Florida refused to go to work or to the dining hall and instead held prayer groups, according to the group Fight Toxic Prisons (FTP). FTP also commented that administrators at Martin confirmed that they placed the prison on lockdown for several days surrounding Juneteenth.

The call for Juneteenth actions from SPARC:

This year we, supporters of #OperationPUSH, are calling on all opponents of mass incarceration and modern-day slavery internationally to honor the Juneteenth holiday (Tuesday, June 19, 2018) with community organizing and direct action.

This call to action is inspired by prisoners in Texas and Florida, two of the largest and most repressive prison systems in the U.S., who remain active in freedom struggle against all odds.

Juneteenth is an abolitionist holiday originating in Texas, where many Confederate slave-holders fled to during the U.S. Civil War.

But that war was not merely a domestic civil conflict. It was a flare-up of the global movement to end slavery. It is a movement that continues to challenge the slave relations of today which occur under several names (examples include debt bondage, sex trafficking, prison labor) and generally impact the most historically exploited and most vulnerable among us.

Forced captivity and involuntary labor have been among the most abhorrent practices in human society since the earliest of written records.

The celebration of freedom from these conditions has formed the foundation of many cultures and identities.

Juneteenth in particular marked the official end of chattel slavery in the U.S. But the backlash against this victory saw the initial formation of many state prison systems in the country, especially in the South, born to manage a new era of slavery known as convict-leasing. That system was also technically done away with, but its remnants are visible all over the country.

Prison slave labor today can be seen in wildlands firefighters, disaster clean-up from hurricanes and oil spills, massive contracts with cities, counties and universities, and the running of the prisons themselves.

While prisons no longer provide the same scale of labor that chattel slavery and convict leasing did, they maintain the slave relation of captivity for another primary purpose: the warehousing of populations that pose a threat to a profit-obsessed society. This includes the unemployed or those in underground economies, the mentally ill, and those most likely to challenge the status quo.

The Juneteenth holiday originated in 1865, but the struggle for official recognition is still occuring today. As of May 2016, 45 of the 50 U.S. states and the District of Columbia have recognized Juneteenth as either a state holiday or a day of observance.

Juneteenth originally marked the freedom of African Americans from captivity. Today’s prison system has made slavery a multi-racial affair, where indigenous and immigrant people of all backgrounds are held in bondage along side the descendants of European settlers, joined by the common bond of poverty.

The aim of this call to action is to support the ongoing effort to recognize Juneteenth, and to add to that legacy by calling for an end to modern-day slave conditions in the prison system.

Plan outreach activities in the weeks leading up to, and actions in the days surrounding, Juneteeneth. Aim to put pressure on the prison system and build community support for ending mass incarceration.

1. Host large public film showings of Ava Duvernay’s documentary “13th” (available on Netflix) at spaces where people are likely to have not seen it yet, and facilitate discussion afterward;

2. Coordinate letter writing/mass mailing parties to prisoners in your state where you aim to reach out to at least 500 new prisoners by gathering addresses off online rosters, communicating to prisoners that there will be public events around Juneteenth and encourage them to inform family and friends. (If these letters are censored, appeal the censorship and seek First Amendment attorneys to assist.)

3. Plan actions that include highly visible street theater and civil disobedience that will attract media attention and disrupt business-as-usual. (If these include any risk of arrest, please prepare with trainings and bail funds.)

In January this year we saw an international outpouring of support for the Florida prisoners who called for the #OperationPUSH prisoner strike. This came largely from networks developed around the 2016 Attica anniversary and the 2017 Black August organizing, as well as earlier coordinated prisoner-related efforts in Alabama, Texas, California, Georgia and elsewhere.

While we have developed strong relationships across the walls all around the country over these past two years, we have also learned some hard lessons about repression against prisoners from inside/outside organizing.

In response to efforts at increasing communication by mail and visits we’ve seen retaliation via censorship and visitation cuts. We’ve also seen many solid organizers thrown into solitary confinement or shipped off to other prisons repeatedly, as well as random prisoners punished just for being sent activist mailings. And we’ve watched organizations be labeled as Security Threat Groups in order to scare new prisoners away from associating with the movement.

Still we have persevered, escalated and evolved our strategies. We have repeatedly heard that mainstream media coverage is a major inspiration to people inside, that it reaches more than our mail ever could. (It is also more difficult to censor.)

For this reason, suggestion number 3, disruption and civil disobedience is a priority for activities surrounding Juneteenth.

We know the media operates on a mantra of “if it bleeds, it leads.” Although this often refers to literal bloodshed, it thankfully does not require it. Any conflict that makes it on to a police scanner has always been the media’s priority. While coverage doesn’t require mass arrests, zero arrests can often result in a demonstration that does not make it into the headlines.

Take for example the Operation PUSH solidarity action where around 50 people occupied the FDOC lobby for 5 hours, effectively shutting down the building’s normal operations. It wasn’t until police aggression, a broken window and an arrest that TV cameras showed up to tell the story.

Meanwhile, prisoners launched regular uprisings with brutal retaliation. Coverage of this is rare do to the rural, remote location of most prisons.

Taking note of recent movements like Black Lives Matter, Idle No More, and the pipeline resistance at Standing Rock, along with historic examples in the civil rights, women’s suffrage and anti-nuclear movements, we’ve see that remote areas and underreported issues can be brought front-and-center using civil disobedience and strategic disturbances.

Talking points on the goals

This means the prisoners around the world who do industrial work for little-to-no pay in kitchens, laundries, on road crews, in fields or in factories must get a fair wage for their labor, or the prisons must pay outside workers to do this work. One way or another, the true cost of prison operation must be known and the broken system of mass incarceration must no longer be subsidized through slavery. The US acts appalled by other countries like China exploiting its prisoners for free labor, but tolerates the practice at home.

All across the country, federal, state and municipal agencies contract with profit-driven companies for goods and services (on top of the prisons and detention centers where operations are handed over to private companies in attempt to cut costs.). In most every instance of these contracts for healthcare, commissary, phones and money transfers, prisoners are price-gouged because they are captive customers.

State and federal officials can use re-sentencing, parole and clemency to drastically bring down the number of people held in cages. We know this can be done, as many other countries have shown by example that the U.S. practice of absurdly long prison sentencing contributes nothing remotely resembling rehabilitation.

There is a nationwide effort to expose prisons as industrial operation with chronic conditions that are not conducive to health and safety. The Environmental Justice (EJ) movement has spent the past three decades developing an analysis that applies the need for environmental protections to all areas of our society, including places like prisons, and begun writing those protections into laws, such as Executive Order 12898, developing EJ through the Civil Rights Act of 1964. In this analysis, the maintaining of warehouses for caged humans must be viewed as incompatible with environmental justice.