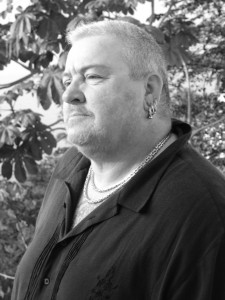 Bo Brown did time in the late seventies for robbing banks with the George Jackson Brigade. Since her release, she’s been living in Oakland and working in many ways to support prisoner struggles. Most recently, she’s been focusing on working with women who’re getting out after long sentences. Folks are currently working on a new documentary film about her life. Read more about that here: http://gentlemanbankrobber.tumblr.com/about

FULL TEXT INTERVIEW:
Interviewer: So who are you, what do you do, and how long have you been doing it?
Bo Brown: So my name is Bo Brown.. um.. I’m 66 years old.. um.. I was a political prisoner for eight years.. in the late seventies. I got out in ’86.. I did time for bank robbery, associated with the George Jackson Brigade, which was an underground revolutionary organization in the Pacific Northwest, based in Seattle. And what I do now is I am working currently with Families With a Future, which is about to become a new non-profit in the bay area and myself and my sister Ida McCray are working with ten women, all of whom have done more than 20 years, three of them for killing their abuser, and none of them are white. And we have a little program that’s actually originated through Ida’s job, working for the women’s resource center, which is connected to the San Francisco county jail.. and we meet with them every two weeks. We’re actually there two days a week, in case anybody wants to stop in–well, she’s there every day, but I’m there two days a week–and we.. women have so little in resources compared to men that they always, they don’t have clothes, they don’t have food, they don’t have.. you know, when you’re locked up that long, you can’t just come home and understand what the hell the BART train is, because the BART train didn’t exist before you went to prison. So Ida gets food at this place, there’s this group called SAGE, I don’t remember exactly what that stands for, but they get food, leftover food from a series of kind of bougie-ass restaurants in San Francisco. And we actually get it delivered there twice a week. And I think it’s enough for, usually it’s enough for three or four days of food. And it might be anything from, like, we had goat the other day. Woman’s like, “what the fuck does goat taste like?” “Here, taste this!” So I brought a bunch of containers and we got plastic forks and spoons, and stuff like that, people can eat there, we also encourage them to take food with them. ‘Cause my number one rule is ‘no one is allowed to be hungry’. And um, it’s so expensive to live in San Francisco. Two of the women went the other day—(dog jumps on her lap, “Oh, get off me!”) … Well, there’s two. There’s two sets. One is living with her sister who took care of her kids while she was in prison. Nine people are now living in a one bedroom apartment. Well, she’s trying to get out of that apartment. She’s not on parole any longer, which is good, because otherwise she could not live with her sister who is also on GA. Um, two women went and looked at a one-bedroom apartment in San Francisco the other day and it was $4000 a month.
Interviewer:  Yeah..
Bo Brown: So.. affordable housing is not a reality.
Interviewer:  And tell me why you think this work is important.
Bo Brown: Because these women, they have no idea where they are. Well, especially for the ones who are the battered women, because they were under the old law. When they put in a battered women’s defense clause in the state of CA in the criminal codes or whatever the hell you call that, they did not make that retroactive.  These women today would only be doing maybe ten years. One of them’s done 26, one of them’s done 24, one of them did 18.. The one who did 18 was 17 years old when she went to prison, now she’s 35. She does not even know how to live as an adult in this world. A lot of them actually have girlfriends, more than probably half of them. They don’t want to live with men anymore. Which is also an interesting phenomenon. They just don’t, you know. Too much trauma.