In Response to “Fighting the Real Enemy” by SOSO :an Article in the Under Lock and Key (a widely distributed publication in prisons) by the Maoist Internationalist Movement. 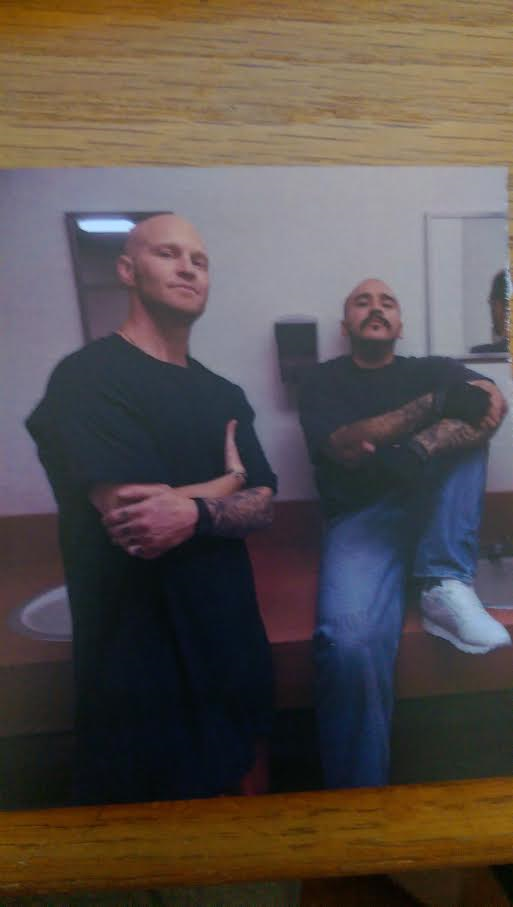 As a member of the organization pushing the mass prisoner work-stoppage beginning September 9th, and of one of the anarchist betworks laying the groundwork, and being familiar with MIM (prisons), after some certain correspondences, I’m inclined to offer this public response.

First, we are not calling for a work-strike. A strike by definition is temporary until resolutions are reached between slave and master so that we will continue the process of being exploited. We are not organizing a simple strike. We are going to stop working. Period. Some groups and individuals may, at some point start working again, but a lot of us, including myself. Will not.

Second, it should be clear that UFPP is not the only organization, group, network, or individual which has been building praxis around September for several years, and we believe that recognition, credit and support should be given to all of those groups and individuals- including UFPP and USW — whether we necessarily agree with their political line or not.

Third, our call for a work-stoppage is not merely in “recognition of growing protests in prison” as SOS claims. Recognition comes from an observational perspective, not from a participants’ and those making this call have been the same who’ve been making those protests happen to begin with. This choice of word-usage by SOSO might be seen as a subtle attempt to undermine the work a lot of us have been doing. Personally I’ve spent several years in solitary confinement as a result of my own participation in prison resistance, and in September I’ll likely be going back, so maybe you should be the one to “recognize” SOSO.

Fourth, I find a head scratching contradiction in your article. IN paragraph #5 you say: “we do see power in the ability of prisoners to shut down facilities by not doing the work to keep them running for a potentially longer period”. But then in paragraph #10 you say “the organizers of the anti-slavery protest are misleading people into believing that shutting down prison work will shut down prisons”.

There’s an obvious contradiction in your statements. The problem here is that your first claim is translatable from theory into practice, which is to say it is action-oriented theory. Your second claim is based in academic-oriented theory, which is to say although it may be theoretically correct according to communist analyses. It fails when put into practical context. What we have here then, is the tired old problem of academic elitism and the hegemonic conception of intellectuals as figures who raise the consciousness of everyone else. Your theories are based in over-analytical hyperintellectual abstractions. Ours are based in practical modes of agitation.
Fifth our mass work-stoppage organizers issued a statement saying “… the entire structure of courts and police, of control and slave-catching must shift to accommodate us as humans rather than slaves”. You say this is “not true and ignores the economic reality of prisons”. I’ll grant you that the definition and analyses on “slavery” may be contestable depending on which of several definitions one chooses. (Webster’s New World Says “one dominated by some influence”, and that’s good enough for me. But we’re more concerned with the result. Which, as the call to action states, is that the structures “must shift to accommodate us as humans rather than …” put whatever word you like here. You say our claim is “not true”. Then in paragraph #10 you offer some vague and murky guarantee that “Amerika would figure out how to keep” us locked up.

First of all comrade, you are not qualified to offer guarantees on Amerikas behalf. Second of all, I’d ask on what dialectical evidence you base your theory that america would “figure out” how to keep us locked up. We maintain our statement that the carceral structure would be forced to shift to accommodate us. In your analysis, we’d ask you to stay planted in theory, and not stray into hypotheticals.

Sixth, I find this point of contention unnecessary to begin with. But you say we bring our work stoppage to the level of a political line question. This is false. I don’t care what your line is, nor does anyone else I work closely with on this project. Beyond small friendly jabs at eachother, nothing I’ve seen or read, or heard from anyone in this campaign suggests anyone cares much about line. We’ve got everyone from BPP members to anarcho-nihilists like myself, to euro-centric prison gangs, to regular folks keeping this campaign in motion. In some strange display of Orwellian logic you accuse us of making it a line question just before you launch into this big offensive rant about line. Honestly homie, I don’t think any of us care about your line. We just want to know if you’re down to help us shut this shit down. From experience, it seems you are not, which may explain why none of our outside advocates have pursued a dialog with you. You have made it a line question, not us.

Which brings me to point seven. I’m shocked that UFPP, USW and my route, MIM, have only learned about this call to action against slavery just recently. I personally sent a letter to MIM (Prisons) on November 9th, 2015 specifically related to our work-stoppage campaign. My records show a letter sent also in october 2015 to a specific individual at MIM mentioning the same. I know for a fact that I’m not the only one involved in this campaign who also works with MIM and I find it very unlikely that I’m the only one who’s attempted to reach out to MIM on this topic. Yet, if that is the case, I would venture to say your lack of awareness must be due to the exclusive elitist nature of MIM’s purely academic hegemonizing conception of political line. In other words, you’ve placed your pedestal so high that, you must not be able to see what’s going on on the ground with your head in the clouds. Figuratively speaking.

Which, on to the eighth point, makes me suspicious when you say you’d hope to work with us to broaden our movement. You spell united front with capital ‘U’ and ‘F’ which is what MIM calls one of its programs, short for UFPP, and as OFPP makes specific ideological demands for any entity it is willing to work with, I’m led to believe that what you truly mean by “work with” is to “co-opt”. My suspicion is further supported by the fact that you refuse to even mention the names of these other revolutionary organizations so that your readers can reach out and seek information on their own. Another display of elitist hegemonization of line.

On the other hand. Our publications such as The Oregon Prisoner Forum by the PDX ABC and ABC Oregon Prison Chapter are inclusive to all people from all angles of the political spectrum fully with contact info for other groups and individuals involved so that all comers are offered a truly dialectical examination of all points and sides. Im sure we’d actually like to see MIM’s presence. I know I would. In fact my first couple of correspondences with MIM on this topic were requests for support.

In closing, let me clarify that dialectical soundness can often depend on interpretation. You all use orthodox marxist definitions of “slavery” even though we live in a post-modern, post-fordist time and place. The dynamics of our current reality are different. And so we must also re-assess our definitions. Besides, though personally I use marxist formulas I’m ultimately a nihilist, un-beholden to an particular ideological parameters. In other words. My definition of “slavery” is reflected by our material conditions, not political agenda. Dictionary.com defines “slavery” partly as “involuntary subjection to another”…”complete ownership and control by a master”. Marx’s purely economic definition, this is only one form of slavery. Not slaver in whole.

What’s more is that slavery is explicitly preserved for prisoners in the constitution in the 13th Amendment which specifically says slavery shall exist where one has been convicted of a crime. This may not arguably be your so-called “primary” contradiction but it is unarguably a clearly definable structural contradiction. I would argue that it just might be our primary contradiction given significance of the dialectical realities surrounding the P.I.C. combined with our abilities to exploit those realities.

Personally, my friend, I don’t care what you call it. Slavery or otherwize. You choose to over-complicate your definition in order to discredit our own. That’s fine, I don’t care. What it all comes down to for me and most of those I associate with is this: In September we’re going to stop working. Very simply, we’re not going to pro-actively participate in our own involuntary captivity anymore. We’re going to let the food rot. We’re going to flush sheets down our toilets. We’re not going to clean anymore. And as they attempt to accommodate us, we’ll file on the inhumane conditions we’re forced to live in. On september 9th we’re done being our own keepers, and anyone who tries to resist, subvert, discredit or even passively sit by as we wage this campaign, I would say is guilty of being counter-revolutionary.

And with that, let me close by wishing all of you loads of love and wellness. See you in September. Up the Struggle.