As residents of New Orleans, the incarceration capitol of Louisiana, and Louisiana, the incarceration capitol of so-called Amerikkka, we greatly look forward to seeing prisons across the country go on strike on September 9th. For those trapped within Orleans Parish Prison, we dropped some banners to lift y’all’s spirits; to those who drove by on their morning commute, it’s time to start acting out. This is also to let OPP’s head-pig-in-charge, Sheriff Gusman, know that this city is sick of taking his shit.

BURN DOWN THE AMERICAN PLANTATION!

LET THE CROPS ROT IN THE FIELDS! 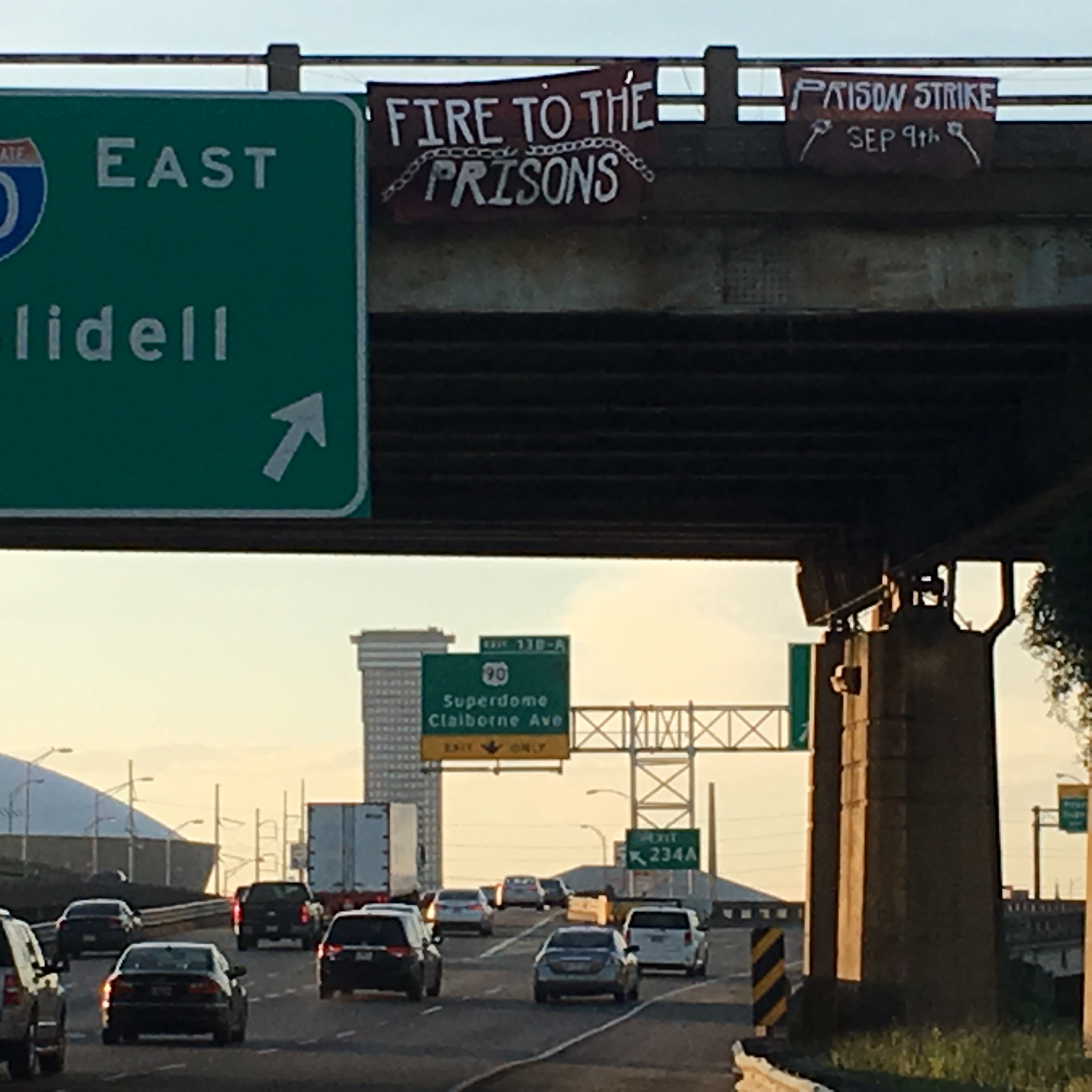