From Ebony.com, by J. Soffiyah Elijah

Similar to police officers on the streets, violence between guards in jails and prisons is a crucial problem that has gone from brutality to outright homicide. As is the case with police violence, African Americans and other people of color are disproportionately the victims of abuse at the hands of prison and jail officials.

Last week, the shocking video footage of Darius Robinson’s April 4, 2016 death while in police custody was released. The 41-year-old father of seven was being held on charges of failure to pay child support when he apparently experienced a mental meltdown. He reportedly tore up paper and walked about his cell waving a blanket. In the video, Robinson can be seen sitting on a bench, two guards in front of him. Robinson appeared to lean or step forward when one of the guards, Allen Smith, struggled with Robinson and the other guard, Vicki Richardson, sprayed Robinson with pepper spray. Both men fell to the ground and struggled when Smith choked Robinson until he was all but motionless.

Warning: The below video contains graphic content which some may find disturbing.

END_OF_DOCUMENT_TOKEN_TO_BE_REPLACED 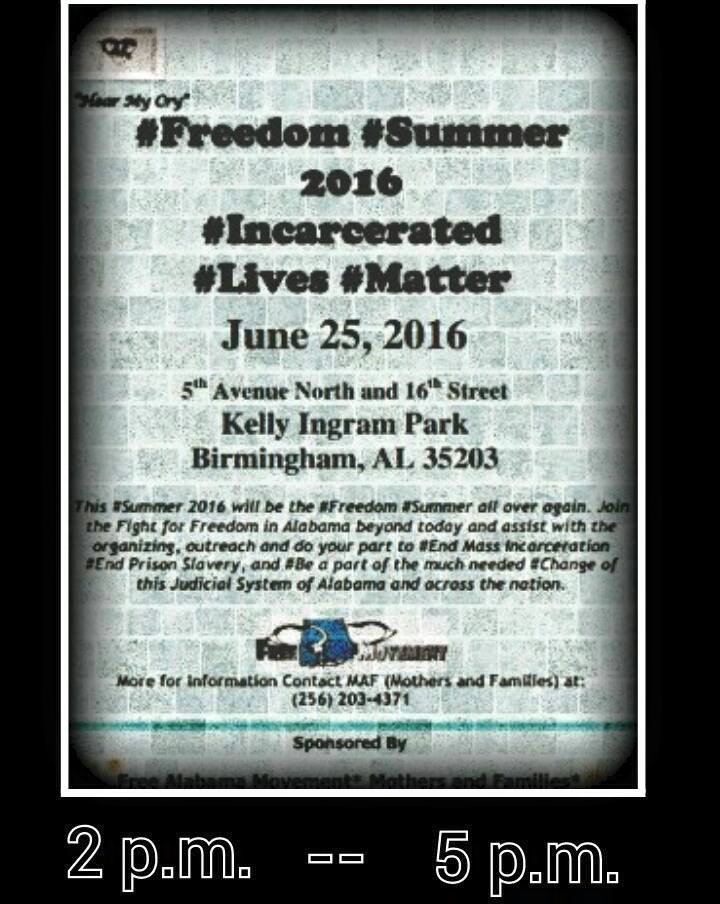 Mothers and Families of the Free Alabama Movement held an incarcerated lives matter public event on Saturday in downtown Birmingham.

Below is a list of dates when people on either side of the prison fences may want to mobilize support and demonstrate power building up to the Anniversary of Attica. Some of these are specific actions called by prisoners or organizers that could be replicated or supported through solidarity actions. Others are holidays that resonate with freedom struggles, when demonstrations of solidarity may be extra visible or resonant. We have also included times when the authorities are gathering for conferences and conventions, which could be confronted like the recent CCA meeting in Nashville.