Today Prisoners in Texas Went on Strike Against Slavery Conditions. 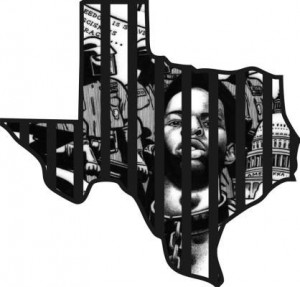 In early March we received word that prisoners in Texas were planning a work stoppage to occur April 4th. You can read this announcement and their demands here. Here is a flyer put out by Texas prisoners and circulating through multiple facilities. Here is the announcement and demands laid out in easy to print and mail formats. 1 sheet 2 sides. 5 pages.

Prisoners can face severe repercussions from the authorities when they stand up for themselves. Outside support and solidarity are essential to let the guards and admins know they cannot attack, starve, provoke, torture or otherwise retaliate against these striking prisoners without consequence. Here are three things you can do to show solidarity and support:

Call TDCJ in Mon April 4th and Ongoing call in campaign to show your support and show the prisons that IWOC members got a posse!

Draft Script (let us know what happens on the page)
-“Hi I’m calling in support of striking prisoners in Texas and their demands for good time, an end to $100 medical copay, an independent grievance procedure and an end to human rights abuses. Stop enslaving our brothers and sisters, eyes on Texas!”

Reportback on your calls, and invite others to participate through facebook.

Solidarity Actions and Education Saturday, April 9th, please arrange a demonstration or educational event to awareness and understanding of the rolling strikes in Texas prisons starting April 4th. Please send pictures here and engage with media as much as possible. More information, suggestions and documents will be provided to help you with this effort.
Follow / invite on Facebook. #EyesOnTexas

The prisoners themselves must remain anonymous to protect against reprisals and targeting by the authorities, but they have worked with outside supporters to craft the announcement of their demands and a press release.

Use #EyesOnTexas on your social medias.

If you are media, or have contacts within the media who want to cover this historic work stoppage, please contact: Stefanie B, 612-807-0709 or Incarcerated Workers’ Organizing Committee: 816-866-3808, iwoc@riseup.net