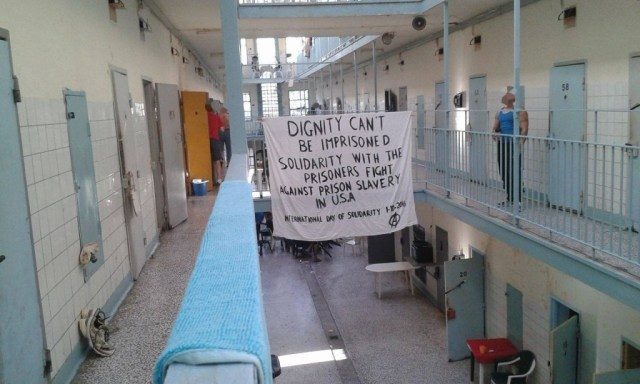 From Korydallos Prison in Greece, where prisoners went on strike and hung banners inside their facility in solidarity with US #PrisonStrike last month. 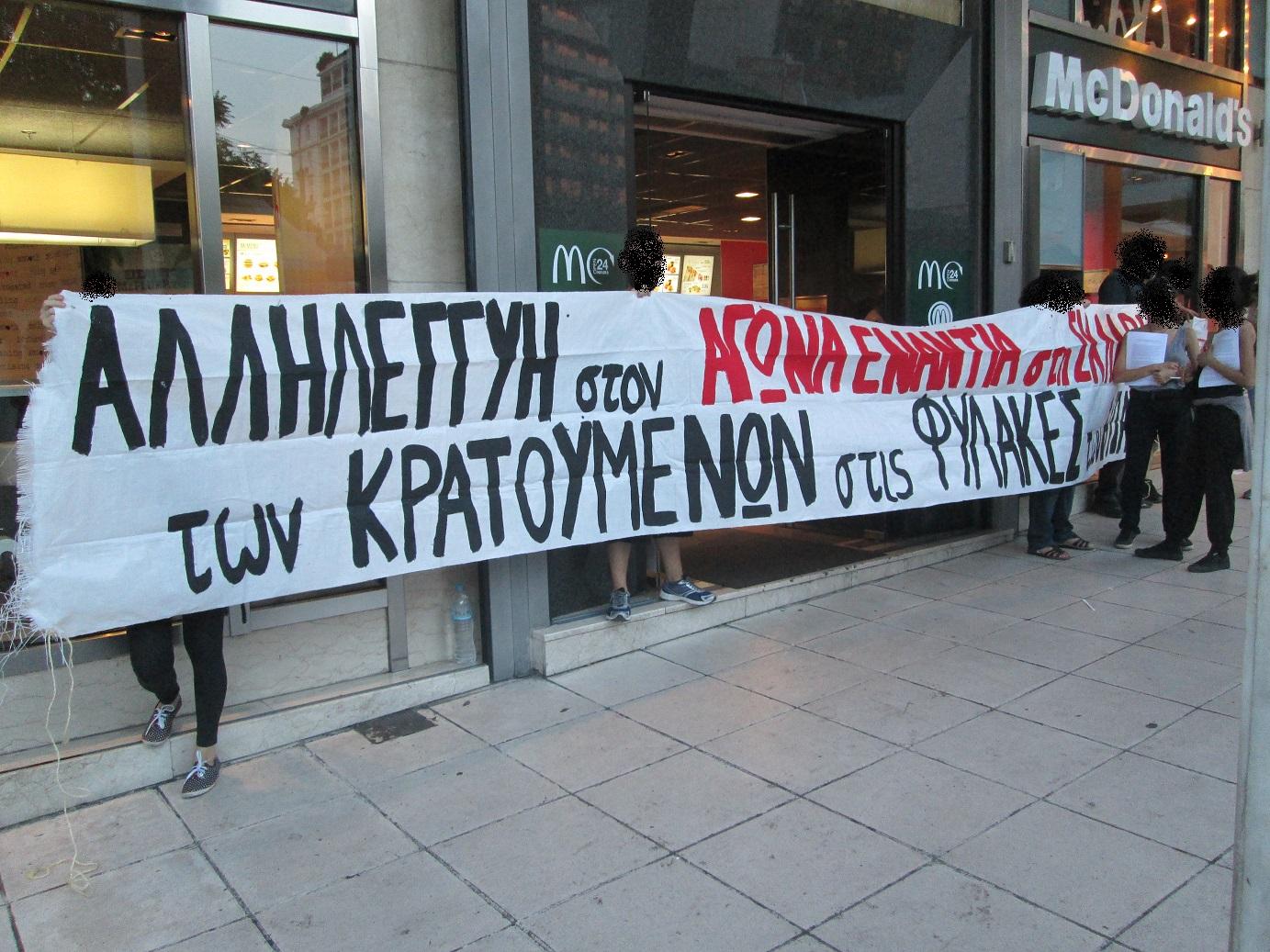 This is a call for a concerted solidarity campaign for the struggle of us prisoners on 1 October
In solidarity
Abc-solidarity cell ( Athens,Greece)

In order to be in the position to understand the importance and necessity of the us prisoners’ struggle, we first need to analyze the role of slavery in the foundation and evolution of the american state and its historical and integral ,until today, link with the capital.

Slavery in its many forms was actually the foundation on which the omnipotence of american overlordship was gradually built. The root of this phenomenon can be traced back in the era when the christian empires of europe started a race to conquest unknown lands, founding colonialism regimes, in the era of brutal genocides of the indigenous populations and the slave trade of the non-white african population.