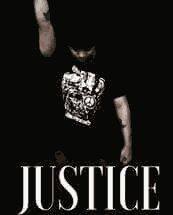 FAM beleives ADOC is creating a powder keg at Holman to justify their prison expansion. By removing long timers and leaders to segregation and other prisons, they foster instability and then attempt to use that instability and violence to justify locking more people down. But we know the solution to over crowding isn’t more prisons, it’s fewer prisoners. We know the solution to violence inside prisons isn’t more torture, its more respect and humane treatment. We know that the violence inside prisons starts with state violence and the megaprison plan only increases that violence. Increasing state violence will only add to the violence and the prison system IS violence, massive, institutionalized routine ultraviolence enacted upon targeted communities.

Don’t let ADOC get away with this expansion project. Don’t let their manipulative and dishonest narrative-making succeed. Stand with FAM against state terror. Read their words below.

More specifically, for the past several months a “swap out” transfer program has been implemented, in which older, mature and responsible influential and respected prisoners have been sent away from Holman, only to be replaced with a younger, wilder and misguided youth. While simultaneously removing Officers from the Dormitories.

Therefore, Dormitories, have become “WAR ZONES” where there is no security. As a result, many of these children have banded together in groups in order to protect one another from one another- with bloody and tragic results.
Violent Assaults has QUADRUPLED in the last 6 months (CHECK THE ADOC STATS).

Many Officers are helpless to do anything as the Administrative Directive is to “LEAVE THEM ALONE”, however, this violence has backfired and spilled over unto the Officers. Now they are seeing that the ADOC is intentionally placing, not only the prisoners lives in danger, but their lives are being sacrificed for Political Capital—this revelation has resulted in Officers walking off the compound in double digit numbers (CHECK THE ADOC STATS).

Wherefore, WE PLEAD TO THE PEOPLE OF THE STATE OF ALABAMA TO CONTACT F.A.M. NATIONAL SPOKESPERSON, Pas. KENNY GLASGOW IN ORDER TO CREATE A TASK FORCE TO COME INSIDE HOLMAN ON A FACT FINDING MISSION, to verify or refute the existence of the “HOLMAN PROJECT”