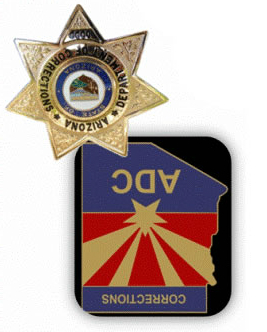 Many prisons in Arizona refused to answer questions from the person who called to help track the strike. They neither confirmed nor denied. Some did admit lockdowns, but none admitted to the cause. From the volunteer who made calls: “Nearly every prison I called was immediately suspicious of my call and seemed to have a canned “we’re not allowed to share that publicly,” line ready. Most asked me repeatedly who I worked for.”

Perryville – They were the most hostile of all the prisons I called. They transferred my call around several times and eventually I was hung up on by someone who told me that is not any of my concern and do not call back.

CR died on joe arpaios phoenix jailhouse floor on september 9, as prisoners across the country were rising up. He collapsed after begging for medical care with no response, by one report it was some time after his last please were heard before guards found him dead.

But who can believe a criminal? The call from another prisoner to his mother, bearing witness, cant be googled – im the only one who has even spoken his name aloud as a victim of the police state…replies on fb are like: so where has this been reported?. The MSM is awaiting confirmation by “the authorities”. So no one believes. Will you help spread the word, and the fundraiser? Whether or not anyone even believes he is dead because MSM doesnt yet say its so, his family still needs to bury him…

PHOENIX (CN) — Inmates of an Arizona prison claim a specialized tactical unit of corrections officers rounded up nearly 55 prisoners outside in 100-degree weather and assaulted those who questioned their actions.

According to the complaint, about 40 to 45 TSU officers ordered nearly 55 inmates in the Cook Unit at the Eyman prison complex in Florence, Ariz., out of their cells for a “quarterly search” on June 9 and 10, 2014.

The officers allegedly ordered inmates to stand in a single-file line outside in the sun, where it was more than 100 degrees, in their underwear, T-shirts and shower sandals. END_OF_DOCUMENT_TOKEN_TO_BE_REPLACED