Standing with the men who have been refusing to accept food in protest of injustice in the use of Solitary Confinement in Wisconsin prisons, leaders of the ROC Wisconsin Campaign have set aside Tuesday, June 21 as a Solidarity Day.

At least 7 inmates in Wisconsin prisons, mostly at Waupun, are engaged in a “food refusal” action.  Some of them have not eaten anything since June 5; others began June 10.  Among their demands are that all prisoners who have been in solitary confinement for more than one year should be released back into the general prison population, and that there be proper mental health services for those who have been subjected to solitary confinement.  More details are here.

On June 21, we are all being asked to do some or all of the following:

You do not necessarily have to wait until June 21 to do these things.

WISDOM strives to be a vehicle by which those who are marginalized and ignored can have a chance to be heard.  This is a moment to live that out by standing in solidarity with these men, who have been tortured in our name.

So far this year, prisoners have been doing just that. END_OF_DOCUMENT_TOKEN_TO_BE_REPLACED

4) Also, Consider sending a card or letter to one of these prisoners -it would lift their spirits. FFUP offers forwarding service too, if you do not w ant to use your own address. Call 608-536-3993 for more information. Addresses and info on prisoners needing cards below.

Talib Akbar, who spent several years in solitary confinement in Wisconsin prisons, speaks during a Feb. 4 listening session in Madison sponsored by Wisdom, a statewide faith-based prison advocate group. “Believe me it was torture. When you are released, you are dysfunctional.”

About a dozen Wisconsin prisoners plan to launch a hunger strike beginning next week aimed at ending a form of indefinite solitary confinement that officials use to keep order in the institutions, according to an inmate advocacy group.

LaRon McKinley Bey has sued the Wisconsin Department of Corrections, alleging his 25 years in a form of solitary confinement constitutes cruel and unusual punishment.

END_OF_DOCUMENT_TOKEN_TO_BE_REPLACED 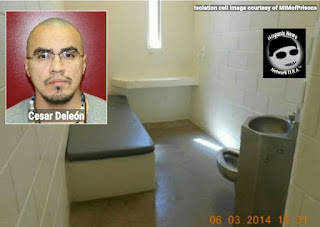 By H. Nelson Goodson
Hispanic News Network U.S.A.
May 30, 2016
Waupun, WI – Inmates at the Waupun prison (Waupun Correctional Institution-WCI) plan a hunger strike on June 10 to bring attention to what they say is the illegal prolonged solitary confinement for minor violations, which can result with 180 to 360 days and decades of isolation in a small cell 24-7 with one hour to stretch outside of the cell per day. The solitary confinement is known as Administrative Confinement (AC) and inmates can be placed on AC for long periods of isolation for falsely accusing prison staff of violations, disrespect, poor personal hygiene, loitering and the misuse of federal or state property, which inmates once accused have no recourse to appeal or challenge alleged discipline charges by prison staff. Prison staff (guards) can file inmate violations without any merits and compile alleged violations to add solitary confinement time as punishment to cover-up guard mistreatment, harassment and human rights violations of inmates, according to inmates in isolation. Prison guards are not mandated to wear body cameras in Wisconsin.
Hispanic News Network U.S.A. (HNNUSA) has learned that even state inmates who become witnesses and testify in criminal cases and are placed under the witness protection program also endure prolonged solitary confinement simply because the Wisconsin Department of Corrections (WDOC) has no facility to keep witness protection inmates in a safe environment. In one case, an inmate who testified in a gang murder was placed under the state witness protection program and spend more than six years in isolation until parole.
The inmates involved in a planned hunger strike are requesting for the U.S. Department of Justice and the FBI to investigate the illegal practice of AC in the state prison system and for the immediate release of inmates from AC that have been in isolation for more than one year. The United Nations has determined that prolonged solitary confinement is torture and studies have shown that it causes psychological defects, which inmates once released on parole have no access to mental health treatment and most can’t adjust within society and return to prison for committing other crimes.
According to WCI inmate in Waupun, Cesar Deleón, 33, in a press release indicated that, prisoners in solitary at WCI are never allowed to go outside or see the sun. The one hour per day of recreation they’re allowed out of their bathroom-sized cells is spent in an indoor recreation cage, which is often filthy with urine and feces because once a prisoner is moved to the cage, requests to be allowed access to a bathroom are ignored by staff. Prisoners in administrative confinement (AC) are not only extraordinarily isolated from general population, but also from loved ones and spiritual leaders. AC prisoners are allowed one 15 minute phone call and one 15 minute video visit per week, the calls and conferences are closely monitored and can be cut off with very little pretext. Spiritual leaders who regularly visit other prisoners are not allowed to visit the AC unit, which is a clear violation of the constitutional right to religious practice.
The WDOC holds over 100 people in administrative confinement, some have been in one form of isolation or another for decades. Last August, WDOC announced an 90 day limit on their use of segregation as punishment for all but the most severe cases. Those changes did not apply to AC prisoners though, because according to WDOC, Administrative Confinement is “non-punitive.”
The prisoners are calling for an end to the practice, entirely. Their six demands include a legislative cap on the use of AC, compliance with the UN Mandela Rules on solitary confinement, increased oversight, one year limits, mental health treatment and a federal investigation of harassment by staff, which the prisoners describe as a mind control program, designed to “break and recondition” anyone staff perceives as a threat.
Several public rallies are scheduled in Madison and Milwaukee to bring attention to the WDOC illegal prolonged solitary confinement under Administrative Confinement practices in the state prison system.
The Madison rally is scheduled for Friday, June 10 at 1 p.m. at the Capital building and the Milwaukee rally on Saturday, June 11 at noon at the Milwaukee County Courthouse.
A replica of a small isolation cell in which inmates spent years incarcerated will be in exhibition at both rallies including families of inmates in isolation will also speak. 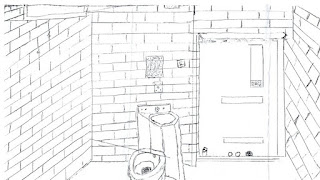 June10th Wisconsin prisoners held in long term Solitary confinement at Waupun Correctional Institution will start a “Food Refusal Campaign.” The wish to bring the horror of Administrative Confinement (AC) to the public’s Attention and end this torturous practice. Solitary confinement for more than 15 days has been deemed “torture” by the United Nations but Wisconsin the DOC has held many prisoners in isolation for decades. AS the debate and outrage grows nationwide, join us in supporting these prisoners who are making a courageous sacrifice to Wake Us Up.

Both events will have a life-sized replica of the tiny cell these prisoners spend years in. There will be families of AC prisoners speaking as well as activists, and legislators. ALL are welcome and needed.

Use social media to let your friends and coworkers know about this! END_OF_DOCUMENT_TOKEN_TO_BE_REPLACED