On the 45th  anniversary of the Attica prison uprising, the most notorious prison rebellion in US history, prisoners around the country pronounced to once again make their voices heard. Refusing to work their assigned job is the direct action over 1,000 plus prisoners agreed to perform.

The Incarcerated Workers Organizing Committee, D.C chapter (IWOC) has swiftly organized a “noise demo”  to match the prisoners’ efforts with disruptions from the outside. Calling for aid to strengthen effectiveness of the noisy action, IWOC has pulled support from organizations in Baltimore, Virginia and local support in D.C. The noise demo will take place on September 9th, the same day of the national work stoppage. IWOC is a national project of the Industrial Workers of the World, a radical labor union dedicated to workplace democracy and building a mass workers movement against capitalism. END_OF_DOCUMENT_TOKEN_TO_BE_REPLACED

On September 9, 2016, the 45th anniversary of the Attica Uprising, as thousands of prisoners across the world are striking against prison-slavery, several thousand indigenous tribal members of over 160 tribes and supporters of #BlackLivesMatter are collectively resisting white-supremacist and settler-colonialist capitalist powers. In New York City, many will be gathering outside Metropolitan Detention Center in Brooklyn to protest the police terrorization and kidnapping of 120 youth from Eastchester Gardens in the Bronx. At the same time, NYC Stands With Standing Rock will be holding a protest in Washington Square Park in support of the Sioux Tribe and water protectors resisting the Dakota Access Pipeline.
END_OF_DOCUMENT_TOKEN_TO_BE_REPLACED

Originally published to It’s Going Down
Add Your Event: info[at]itsgoingdown[dot]org

END_OF_DOCUMENT_TOKEN_TO_BE_REPLACED

The strike, which starts officially on September 9th, the 45th anniversary of the Attica Uprising, is historic. The strike is being led by groups such as the Free Alabama Movement, Free Texas Movement, Free Ohio Movement, Free Virginia Movement, Free Mississippi Movement, and many more. Prisoners have asked that supporters hold noise demonstrations outside jails and prisons, protest, disrupt, and demonstrate outside of corporations that profit from prison labor, and also support the strike that is happening across the US. END_OF_DOCUMENT_TOKEN_TO_BE_REPLACED

As we write this, we are coming up on two years of justice denied, as Eric’s children are deprived of their father, while the officer that killed him walks free. It has also been two years of justice misplaced, as his friend, Ramsey Orta, who filmed and released the video of Eric’s murder, continues to be subjected to a prosecutorial witch hunt for challenging the authority of the NYPD. Two years later we are still calling for justice to be brought to the parties responsible for Eric Garner’s death and for greater accountability from our justice system.
END_OF_DOCUMENT_TOKEN_TO_BE_REPLACED

It is a tragic fact that our country has chosen to value corporate interests over the well-being of its residents. That it supports the profitability of privately-run prison industries over the ability of individuals, both incarcerated and within low-income communities, to make a fair living and fully participate in society. That it willingly undercuts the lives of millions of people in order to drive corporate profits through a system of forced uncompensated or barely-compensated labor. END_OF_DOCUMENT_TOKEN_TO_BE_REPLACED 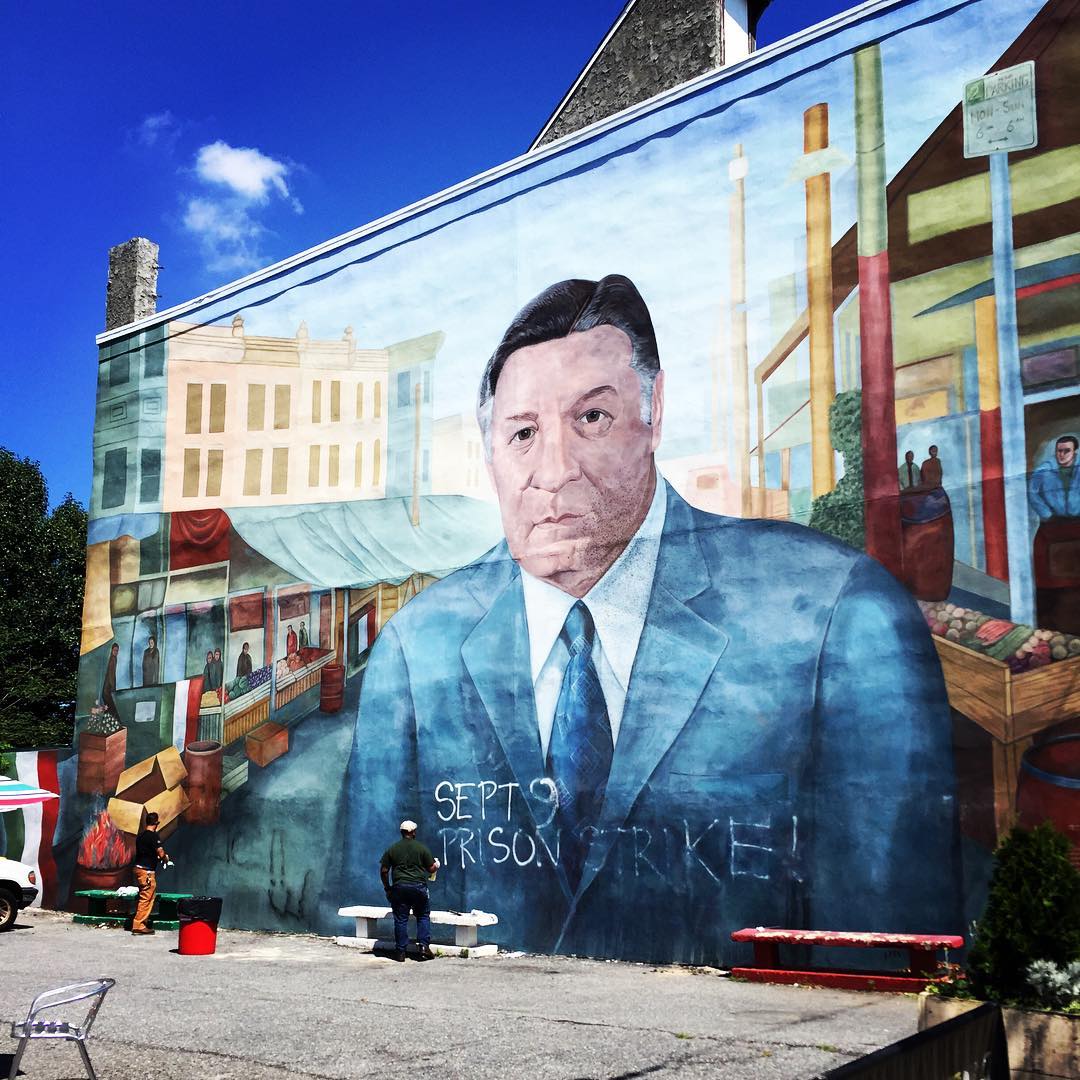